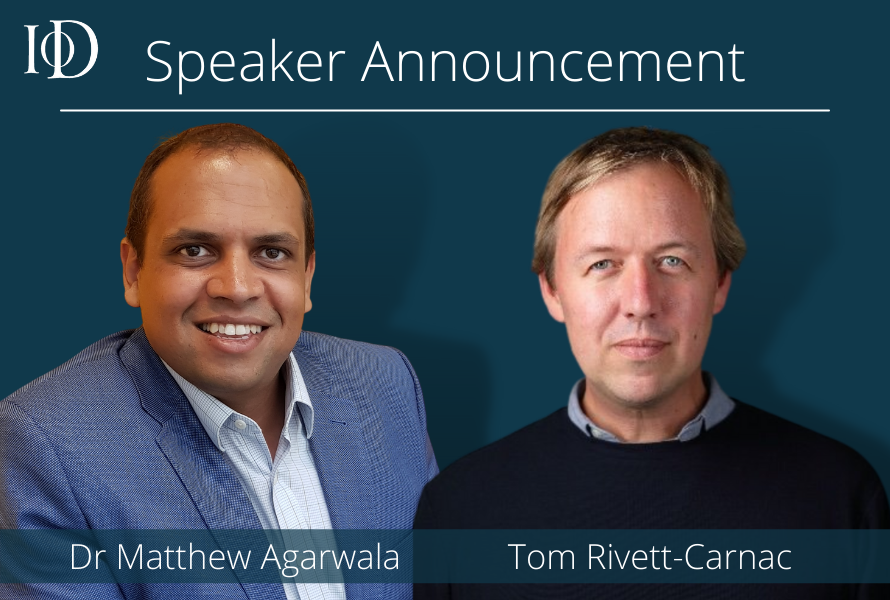 Can a Small Island Make a Big Impact on a Global Issue?

The IoD 2021 Annual Convention will take place on Thursday 14th October. This year’s sold out event will focus on sustainability and how it is integral to the island’s global brand and the wider economy.
The audience will hear from Tom Rivett-Carnac via video, one of the architects of the Paris Climate Agreement, a founding partner of Global Optimism and co-author of The Future We Choose. Tom is advising the UK Government on their COP 26 participation which is being held just weeks after the Convention.
We will also hear a second keynote presentation from Dr Matthew Agarwala, a leading environmental economist at the Bennet Institute for Public Policy, Cambridge University. Matthew, who is coming to Guernsey for the event, regularly consults for governments and scientific organisations around the world. His work focuses on wealth-based approaches to measuring and delivering sustainability, wellbeing and productivity, based on a firm belief that 21st century progress cannot be described by 20th century statistics. He is a regular contributor to Bloomberg, Channel 4 news, The FT and The Times.

In a break from the format of previous IoD Conventions, these themes will be explored in a series of short TED-style talks and videos, with ‘3 sustainability asks’ at the end of each segment. These presentations will then be followed by a Q&A with local thought leaders, moderated by Dr Matthew Agarwala. The event will conclude with the audience being asked to create their own personal manifesto to reduce their carbon footprint, committing to three key changes they will make as an individual and/or as a business.

The organisers hope that by the end of the event, we will be able to positively answer whether our small island can make a big impact on a global issue.
The event is sold out however if you would like to be included on the waiting list please email hello@black-vanilla.gg.
Event Details:
Date:  Thursday 14th October  Venue: The Dave Ferguson Hall, Beau Sejour