Paul Whitfield on the future of the Public Service Sector in Guernsey!

A packed Conservatory restaurant in Moore's Hotel welcomed the Chief Executive of the States of Guernsey. The IoD members gave him a warm welcome as they were looking forward to hearing Paul's views on such an important part of Guernsey's infrastructure. 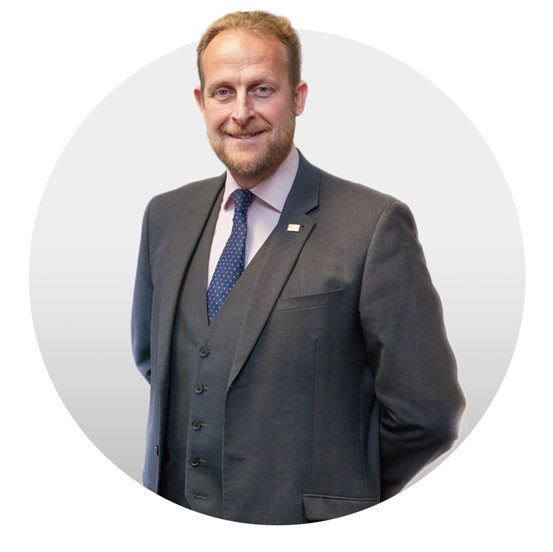 He started by thanking the IoD Guernsey branch for all it's support. He wants the Island's leading businessmen and women knocking on his door. Such support is critical as he wants to know what their customers think.

The recent EU Black listing news was mentioned and he assured everyone that it was one of their highest priorities to get us off that list.

He explained how he was looking to re-invent the Public Services sector, he wants to see it leaner, faster and more agile. He cited an example for the next door office where a member of staff, who had just moved house, had to go through nine interactions with the States of Guernsey to let every Department know he had moved. This is where data technology should be able to address this sort of waste with just one contact being needed.

The forthcoming Community Survey is designed to tell the States what needs to be changed and what needs to be improved. They will be producing an action plan following the survey to show how and when things will change and he would be happy to come back in 6 months time to let us know the results of the survey.

He had two requests for the members, please support the survey and judge on what we do, not on what you think we won't do. In the past 6 months they have surveyed all their staff. They have had honest feedback and believes there is a passion amongst their staff to do things better.

One of the issues is that they don't have the tools available to do what is needed.

The Public Sector reform document will be published in August before the September States meeting we will set out how we will help the staff to improve their performance. People are the key element. You need the right person doing the right job and being totally engaged, they are our most important asset.

States Review Committee proposals are separate to the Public Sector reform document and they are being debated in three weeks time. If they are approved we will put in place an appropriate civil service organisation to give the best support to the new Government structure.

This is a truly once in our lifetime chance to reform Government and the way we deliver public services.

They have also surveyed States members on the way the Civil Service supports them, that was a first. In this regard it is vital they are fit for purpose for the future.

Everything they have heard is that our customers want things done differently. The public wants a small government, delivering excellent services at a reduced cost. To be able to deliver this the public sector has to work as a single organisation. It has to be joined up so all of the different parts work together.

How this will work will be set out in two months time and he is looking at a realistic decade of transformation.

It is vital we are value conscious not just price conscious. We can move resources to help deliver front line services. We will use technology to help deliver that, achieving a reduction in back office staff, reducing the estate, reducing costs and releasing sites for the development of much needed housing and through the use of technology, enable staff to work smarter and more effectively on your behalf.

He asked the question, what if we could all work together as one community with one focus. The Island has so much talent and expertise. What if the role of the public sector was reinvented. What if the Public sector delivered more specialist services and general services were provided by the third sector, or private sector or non Government organisation. The Public sector could undertake a more coordinating role. This type of change is vital in terms of sustainability and to enable Guernsey to become a more competitive and thriving jurisdiction.

This is where he needs the input and drive of the people in this room. He hoped that this vision would be shared by others and hoped we could all work together to deliver the vision.

After an excellent lunch Paul took a number of questions on a variety of topics and concluded on a question about his position and his enthusiasm for the change that was needed. He explained that he had been given the authority to look at leadership and change in the public sector and he was so committed he had taken a 5 year contract, leaving his Civil Service role to do the job.

In summing up the Chairman thanked Paul for his often candid thoughts on the future of the Public Service and agreed to invite him back in 6 months to learn what the results of the Community Survey had been.