Guernsey’s Machinery of Government - Ideas to make a difference 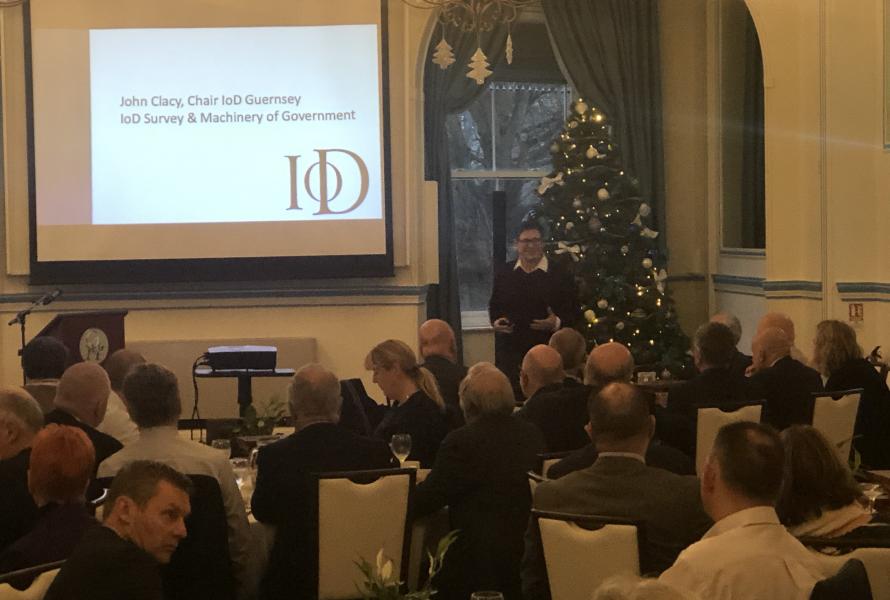 In March 2019 the Institute of Directors in Guernsey held a mid-term review discussing whether a further change was needed to Guernsey’s machinery of government following island-wide voting being introduced locally for the first time next year.

The last overhaul of the island’s machinery of government followed the Harwood review published in 2000 when the States decided not to adopt a full form of executive government.

The IoD has drawn on those themes and formulated a number of incremental changes that could make a big difference to the efficiency of current consensus based government.

Role of the Law Officers

A review of the role of the Law Officers needs to take place to review the role, accountability and their reporting lines to allow the distinction between Crown business and support to the States. This should add to the effectiveness of the Officers in supporting States business.

A timetable that mandates approval by the end of Q1 following the election calendar year is required. The plan needs to be refined, shortened and simplified to focus on both priorities and outcomes.   This needs to include the ability to track departmental progress and a mechanism to monitor progress on policy as well as finance.  This could be a subsidiary of the States Scrutiny Committee.  A formal process for emerging issues or changes to the plan would need to be established.

A review of the capital spend approval and monitoring process to allow for easier and more effective approvals. This should include more use of the central treasury resources and scaled  pro-forma business case documentation.

The consideration of a non-political development corporation to deal with construction once the schemes are approved should be given serious consideration and should be mandatory for projects that are likely to span more than one States.  The Eastern Seaboard could be a test case.

The States should implement International Public Sector Accounting Standards (IPSAS) along with zero base budgets with a corresponding  review of financial reporting and analysis resources to ensure this can be achieved in a sensible timescale.

Office of the Deputy

A central resource team should be created to support Deputies providing support and administrative resource alongside an anti-abuse officer to follow up on personal abuse levelled at Deputies and other public officials.

A formalised training programme which includes governance, financial and social media training should be mandatory for all Deputies.

We believe the States should consider a reduction to three Deputies sitting on a number of smaller Committees and consider mandating non-States members on key Committees such as Policy and Resources.

Consideration should be given to how to transfer more Parish matters to the Douzainers. This is especially relevant given the fact that Deputies will be elected islandwide next year and not on a parish basis.

A review is required between this Board and each entity to ensure appropriate procedures, structures and objectives are in place.  These include strong governance, effective stewardship, any potential equity changes such as the consideration of part-privatisation of some entities.

A stakeholder review also needs to take place along with the maintenance of mandates for States owned entities to ensure alignment with policy and regulation and enable effective long term decision making.

Consideration should be given to the role of CICRA in light of the States Trading and Supervisory Board Review and the changing commercial landscape.

The IoD supports a full Machinery of Government Review during the lifetime of this States with a view to enacting changes in time for the next States.