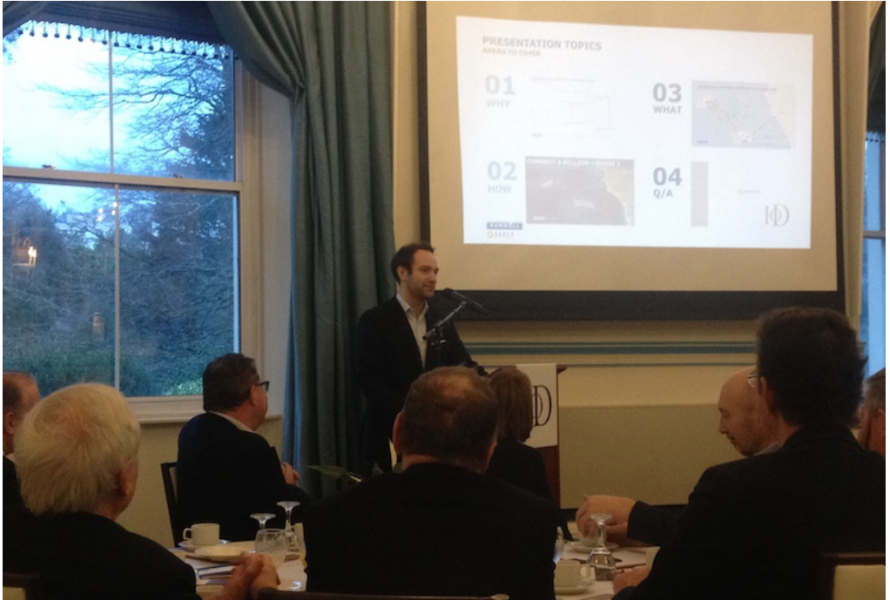 The IoD’s January seminar, sponsored by Butterfield, focused on how Guernsey could potentially double its GDP during this decade.

In opening the seminar Martyn Dorey said: “Doing nothing is not an option, continuing to progress on our current path is a massive risk to our economy.  With an ageing demographic, our tax spend goes up and tax take goes down. An additional workforce is needed to balance the economy.”

Martyn outlined his vision for a fixed link in the form of a tunnel between the Channel Islands and later France. He explained that by joining two groups of people together the economy is boosted through an increased potential workforce, consumers and trade. Martyn used the Faroe Islands as a case study, which demonstrated how better connectivity had grown their GDP without changing the main source of their economic income.

Stephen Whitham, Head of Department, Tunnels at Ramboll, a leading expert on major crossings, discussed various options for how the islands could be linked and how the project could best be phased - the Channel Islands as stage one, with an international link being a secondary phase.  His recommendation was for a rail tunnel due to the distance and journey time required.

In closing the seminar, Martyn Dorey said that the next step for the project would be for a full economic analysis to be carried out, which would need to be supported by the States. He urged attendees, if they were in support of the project, to lobby deputies to bring them on board as a project of this size would only attract infrastructure investors if the States of Guernsey were behind it.

The IoD’s January seminar, sponsored by Butterfield, focused on how Guernsey could potentially double its GDP during this decade.