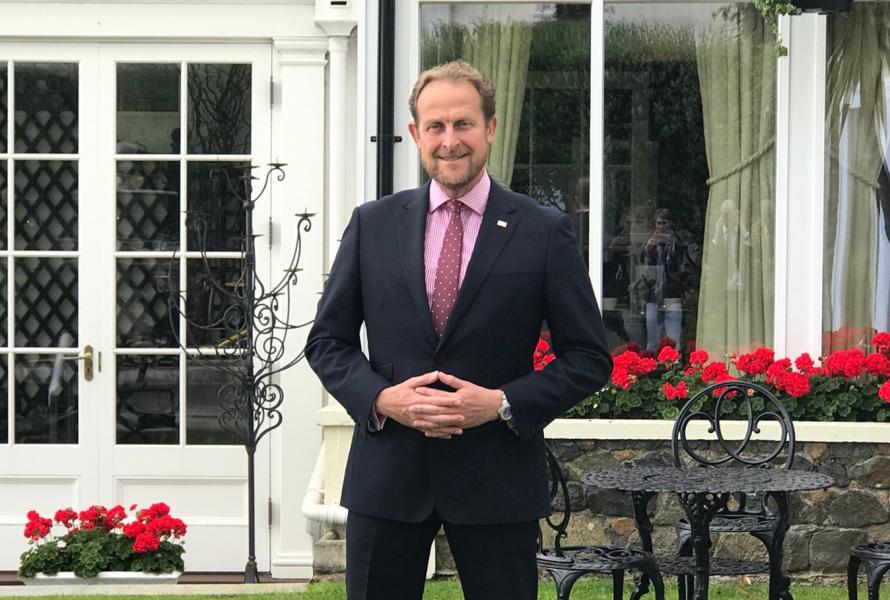 Paul explained that when he took up office in 2014 as Chief Executive of the States of Guernsey, he realised that Guernsey’s public service workforce could be working smarter and with a more joined-up approach. He reminded the audience that in 2016 the public service needed to respond to the political changes of the States Review Committee, the reduction in the number of principal committees and the establishment of the Future Guernsey plan.

Paul highlighted a few achievements of the last five years:

Paul continued to outline what the organisation needs from its workforce, not only now but over the next ten years. He spoke of training plans, including an online Learning Development Management System. He also spoke about using States buildings more efficiently, whilst underlining that reform is about culture and working in a more agile, flexible and mobile way, not just ‘moving chairs around’.

Paul is reducing public service senior leadership from 13 to seven strategic leads.  Under this sit fundamental changes to the way public services will be structured. Traditionally, Guernsey’s civil service structure has mirrored that of our political structure. Going forward the strategic leads will work across areas of committee responsibility, to assist Deputies in developing policy and provide services.

Touching on people and recruitment matters, Paul told the business audience that new systems mean taxes can be kept low and a competitive business environment maintained. Paul pointed out that the lion’s share of the transformation budget is going to Health and Social Care’s partnership of purpose, the upgrading of the hospital and the moving of care into the community.  After health, the next most significant investment is in education.

Paul was keen to stress that whilst significant progress has been made to increase efficiencies, spending is likely to increase.  He also pointed out that the many challenges that the island faces, such as Brexit and climate change, could mean that the island’s budget surplus could become a deficit, such is the scale of the challenges we face.

Paul closed on an upbeat note about the finalised agreement of Agilisys Guernsey Ltd as the strategic partner for the Future Digital Services contract. He said: ‘It will result in the better use of technology to make our services more efficient.  It also gives us the tools to transform, so while it cannot provide all the solutions on its own, it’s clear that digitising and automating and bringing online certain services is going to help us better meet the expectations of our community.

‘This contract principally covers three pillars of work.  The provision of IT systems and support for services, the technology necessary to transform the organisation and lastly, if approved, this new partnership will result in significant investment in the local digital sector.’

IoD Chair John Clacy asked Paul for his thoughts on the 2016 changes to the machinery of government. He responded by explaining that some of the changes to the government ‘still need working out,’ and that the rhythm of the organisation isn't working as effectively as it possibly could do, but developing policy and legislation as well as the delivery of public services was a difficult job.

Commenting on the event and on the public service reform, John Clacy, Chair of the IoD, said: ‘It was great to hear from Paul about the progress that he and his team are making on the transformation of the civil service. This is probably the most complex and significant transformation process seen on the island and so it was positive to hear the Deputies giving a strong endorsement of the project in their overwhelming vote to approve the Future Digital Services. The IoD remains strongly supportive of Paul, his team and the transformation.’