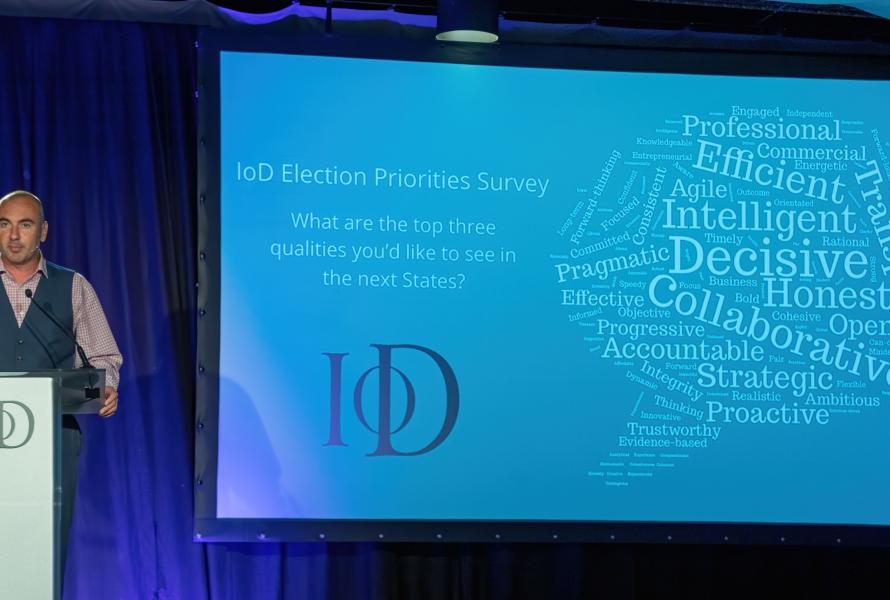 Digital and physical connectivity, education and the machinery of government have all been highlighted as areas of concern in a recent IoD members survey on election priorities.

In terms of the overall policy areas members wanted the next States to focus on, air and sea links, digital connectivity, education, machinery of government/efficiency and the relationship with the UK/EU and the international community were highlighted.

75% said air and sea links were a ‘high priority’, whilst 72% cited digital connectivity, 69% education and 70% the machinery of government as high priority areas.

These specific policy themes were echoed as being important to business leaders when they consider candidates’ manifestos.

62% said the island’s relationships with the UK, the EU and the international community were also high priority policy areas.

Members commented that what mattered most to them when making decisions was the impact on the broader economy and long-term sustainability, followed by the impact on their sector and business. The results showed that short-term recovery is less important, signalling that the business community is looking beyond the current crisis in their election choices.

Governance is a core pillar of the IoD’s training and development programme, and the top governance practices members would like the next States to adopt are:

When asked what qualities they would most like to see in the next States, the top five adjectives were ‘decisive’, ‘collaborative’, ‘efficient’ ‘intelligent’ and ‘honest’.

Wendy Dorey, IoD Vice-Chair, said: ‘If we were to summarise the main themes in our recent survey in a few words, it would be: “sustainable economic growth”. This does not mean focusing on the economy at the expense of all else, rather it recognises that there are three interconnected pillars: the economy, society and the environment.

‘Generating sustainable economic growth is essential, as this will act as an enabler for investment in the environment and social policy, without placing an extra burden on the taxpayer.’ 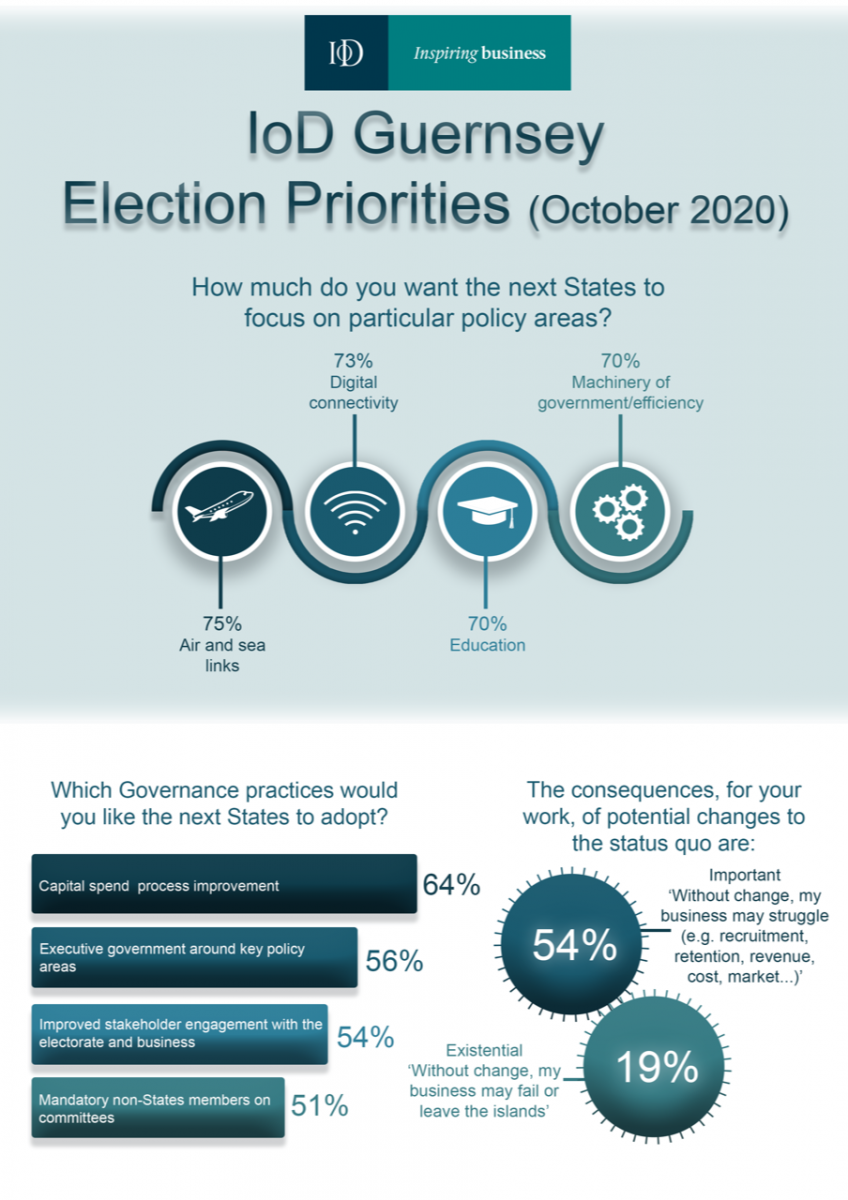 Digital and physical connectivity, education and the machinery of government highlighted as areas of concern in recent survey.