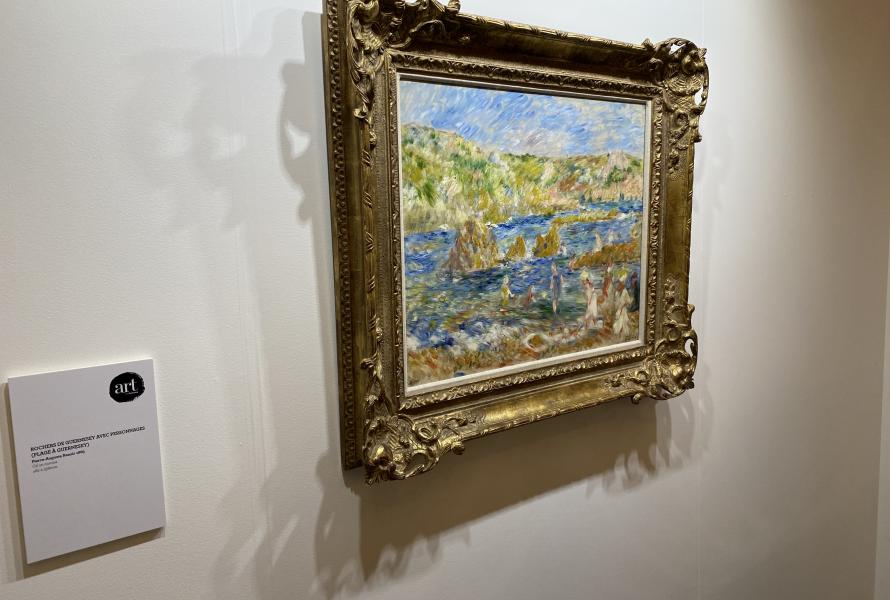 ‘We have something that no other country with a Renoir has – we have the views.’ David Ummels of Art for Guernsey made a strong case for the importance of art and Renoir for Guernsey's ‘country brand’ and economy.

David spoke about the planned Renoir 2023 exhibition which will feature works of art by Renoir, and how art can be an economic multiplier and an important element of ‘brand Guernsey’.

David founded Art for Guernsey in 2016 and has already been involved in 47 projects locally and abroad showcasing Guernsey’s contribution towards art. During September’s breakfast David explored how Guernsey’s Renoir 2023 exhibition, the only Renoir exhibition that year, could be a crucial turning point for Guernsey’s cultural diplomacy and global image.

During his presentation, David highlighted how other jurisdictions still view Guernsey as a ‘tax haven’ and how the work of Art for Guernsey has already been used by governments, businesses and stakeholders as cultural diplomacy. He spoke of connections made with countries such as Russia and the UK and explained that through cultural diplomacy, countries can demonstrate their values and build trust, which in turn builds relationships and encourages trade.

David referenced the Bailiwick’s work in green finance, explaining that it, like art, can put Guernsey on the map for positive reasons. Coverage has already been seen in The Telegraph, but he was also keen to stress the impact of art and the charity’s work on the island’s young people and the wider community.

Explaining how art can be an economic multiplier, David referenced how for every £1 provided in subsidies towards well-known artworks, £5 is earned. The Renoir 2023 exhibition is being staged during the island’ ‘shoulder months’, and he is working closely with the tourist industry.

The next step for Art for Guernsey is launching a funding initiative targeted at local businesses and individuals to support the exhibition.

The Guernsey branch of the IoD will continue discussing the Bailiwick’s brand at the Annual Convention. You can read more on this year’s event here.

David Ummels of Art for Guernsey made a strong case for the importance of art and Renoir for Guernsey's ‘country brand’ and economy.